5 ways to use Mentimeter

I can't for the life of me remember who recommended mentimeter to me. I think I came across it while surfing blogs or it may have been through Twitter. Either way, whoever you are, thank you so much. I used it yesterday in class and really enjoyed it.

If you haven't come across it, mentimeter lets you conduct surveys in real time. You pose a question (it only takes a few seconds). The bit where you put in the question looks like this

Your audience/class goes to a webpage, types in a six digit code and then answers your question. It is kind of like the ask the audience thing in Who Wants to be a Millionaire.

So yesterday, I was talking to a group of students for the first time. As part of their course, they have to do a needs analysis of their own learning. So I posed the question, which of the four skills do you think is your strongest. One by one, their answers start popping up on the screen, until it looked like this. 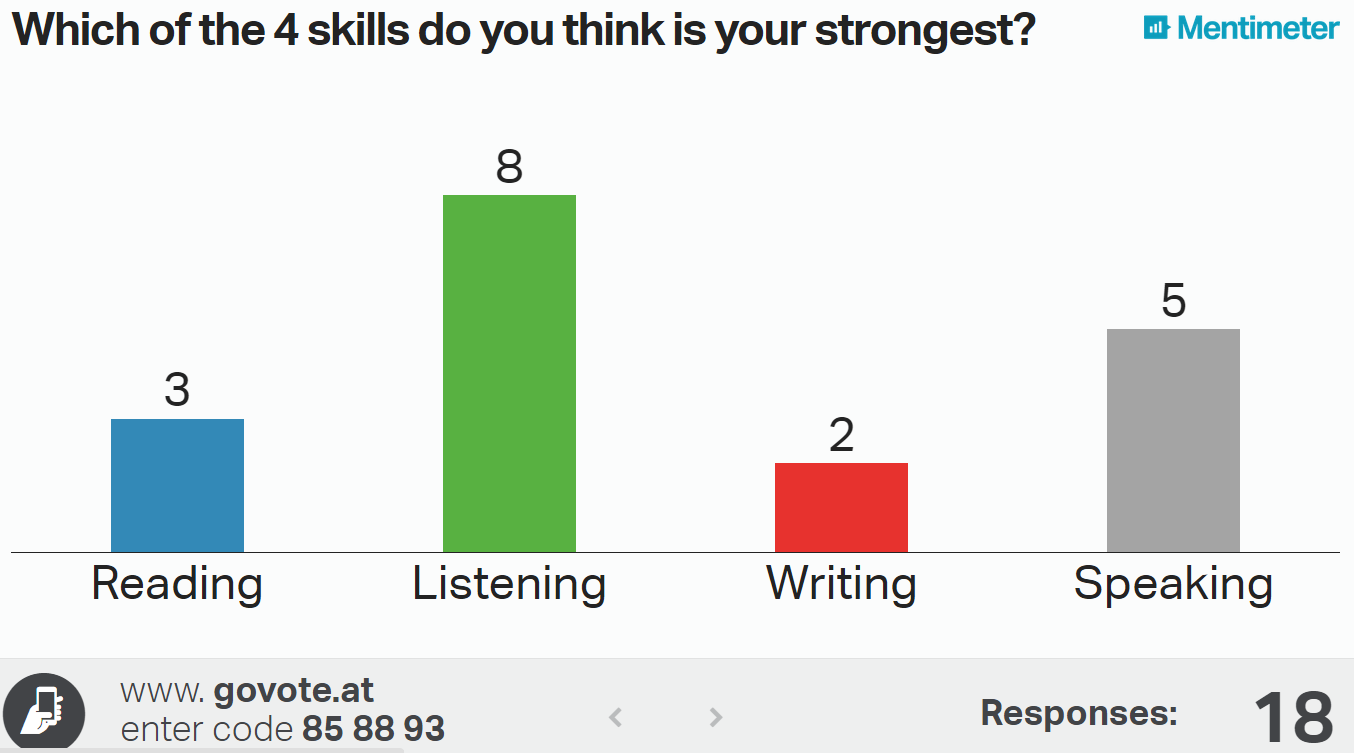 So then I can ask them to talk about why they think this is. It was a bit gimmicky but as an introduction to thinking about their strengths, it was fun. Plus, nice to have a visual representation that everyone has different strengths (or at least different perceptions of strengths - although in saying that, the first answer to pop up was listening!).

So then I posed an open ended question. I explained that they could think about it over the weekend and then I waffled on about something or other. When I turned around, they had already answered the question. 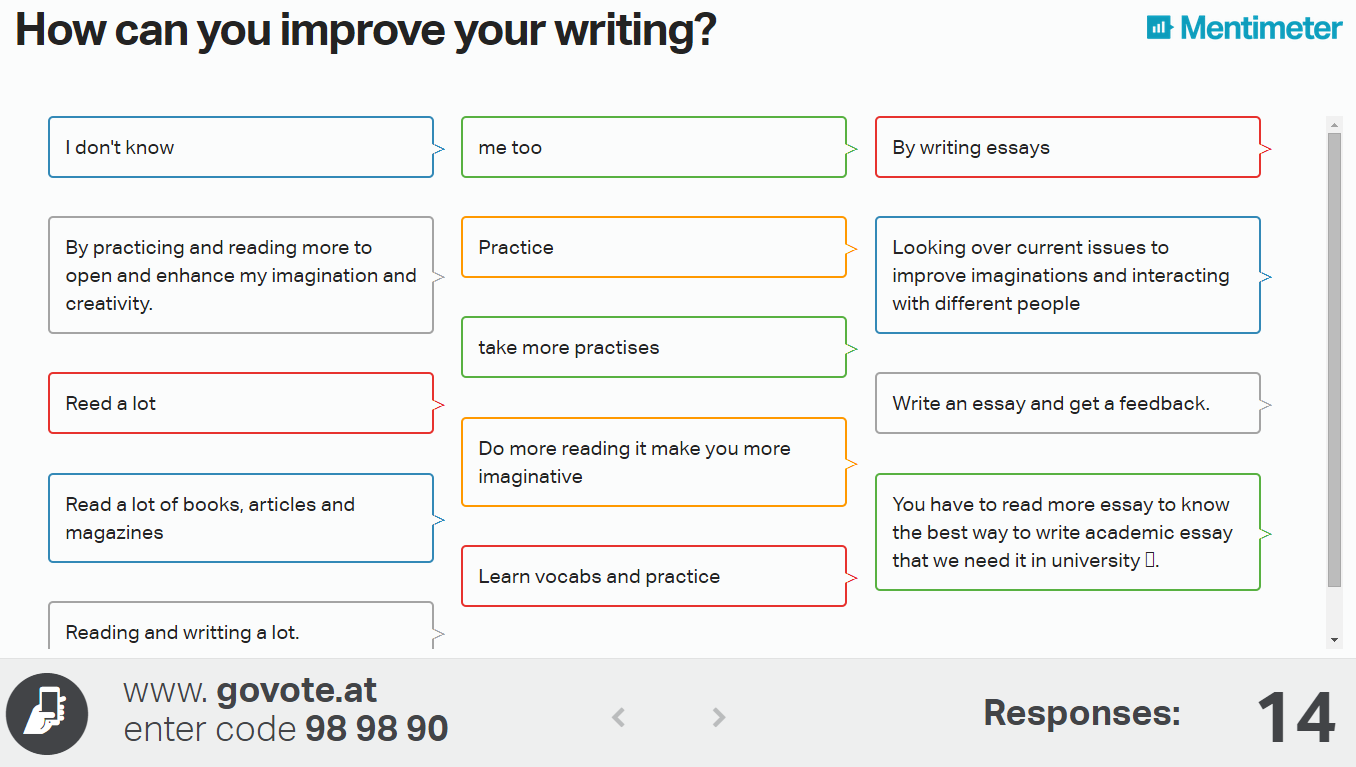 So that was pretty cool.

Of course, for it to work, you really have to have a projector in  your classroom, and for the students to have internet access on their phones.

However, if you're lucky enough to have those, I was thinking you could use it in these 5 ways:

1. If you are in an exam preparation class, you could use it to hold a vote about which part of the exam to do for that Friday's mock exam (e.g. reading, listening, writing).

2. If there is a particularly tricky question, you could use it to see how many people got it right or not (really just a fancy alternative to a show of hands).

3. It generates graphs, graphs based on their opinions. Might make IELTS writing part 1 more interesting.

4. The students could collaborate and use it to carry out in class surveys. They could then use it for presentations or writing up reports based on the data. In that sense it is kind of like a simplified version of survey monkey

5. If you are having a classroom debate, you could pose a question at the start of the class (something like - do you agree with such and such - yes no). Then have the in class debate. Then repeat the survey and see if the opinions have changed.

Any other thoughts on how to exploit this would be most welcome.
Posted by EAP Stephen at 11:57