My post today is a shameless declaration of love for the Oxford Advanced Learner's Dictionary.

Like many teachers, I have a notion that using monolingual dictionaries is better than the bilingual ones. I did a bit of googling to see if I could find some evidence to back me up but the only articles I came across were either a bit suspect or blocked by pay-walls (if you have come across any, I'd love to read them).

So despite the fact that when learning languages myself, I tend to use bilingual dictionaries (or Google translate), I will persist with the intuition that mono is best.

If you accept that premise, then the best, and freest, monolingual dictionary is the Oxford Advanced Learner's Dictionary (I won't link again in case it looks like I am fishing).

Dictionary.com: serving as, or being an essential part of, a foundation or basis; basic; underlying
Merriam Webster: forming or relating to the most important part of something
Oxford Learner's: serious and very important; affecting the most central and important parts of something

I think if your level was such that you had to look up the word fundamental, the first one would be overwhelming. The second one is alright, but the Oxford one, I feel, trumps it by starting off with a very clear, simple definition. (In fairness to the other two dictionaries, they are not aimed at second language learners, but they seem to be the ones my students tend to gravitate towards)

2. They give you lovely extra stuff.

Nice Collocations: fundamental difference; fundamental change
Nice Examples: Hard work is fundamental to success
Nice clickables: British and US pronunciation; Academic Word List; Word Families; Share on social media (not sure why anyone would ever feel the need, but still, nice to be hip)

3. The page is clean and unfussy. Compare Merriam Webster and Oxford. 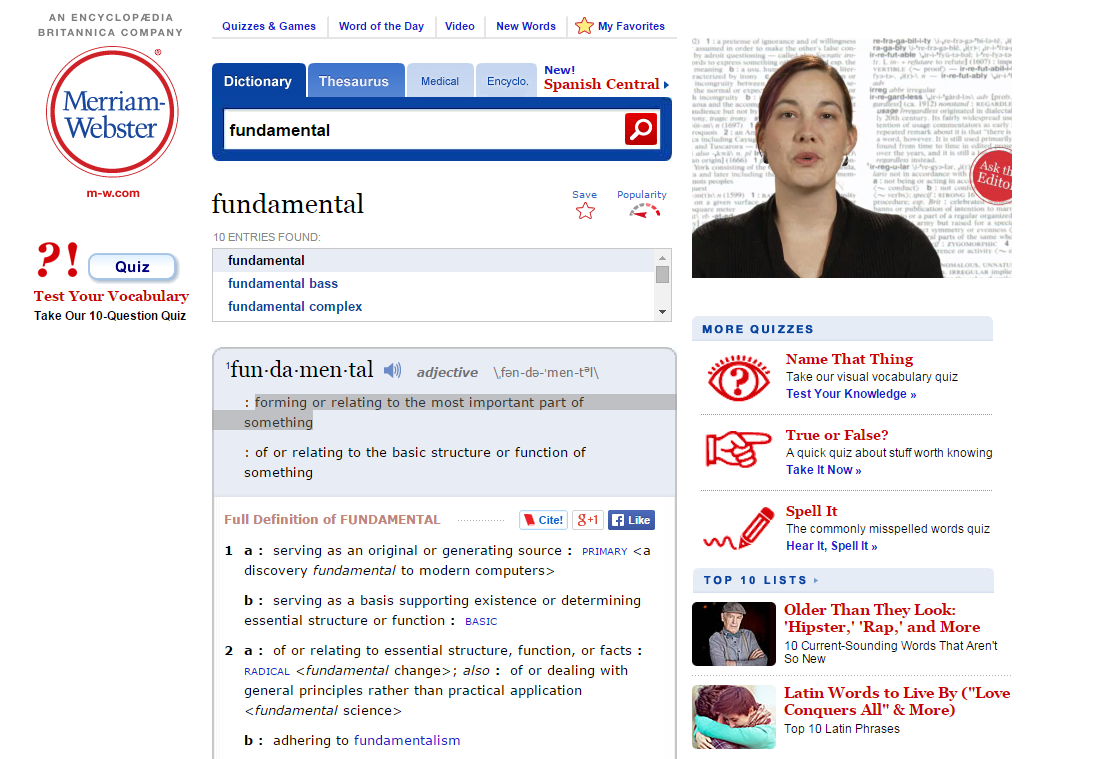 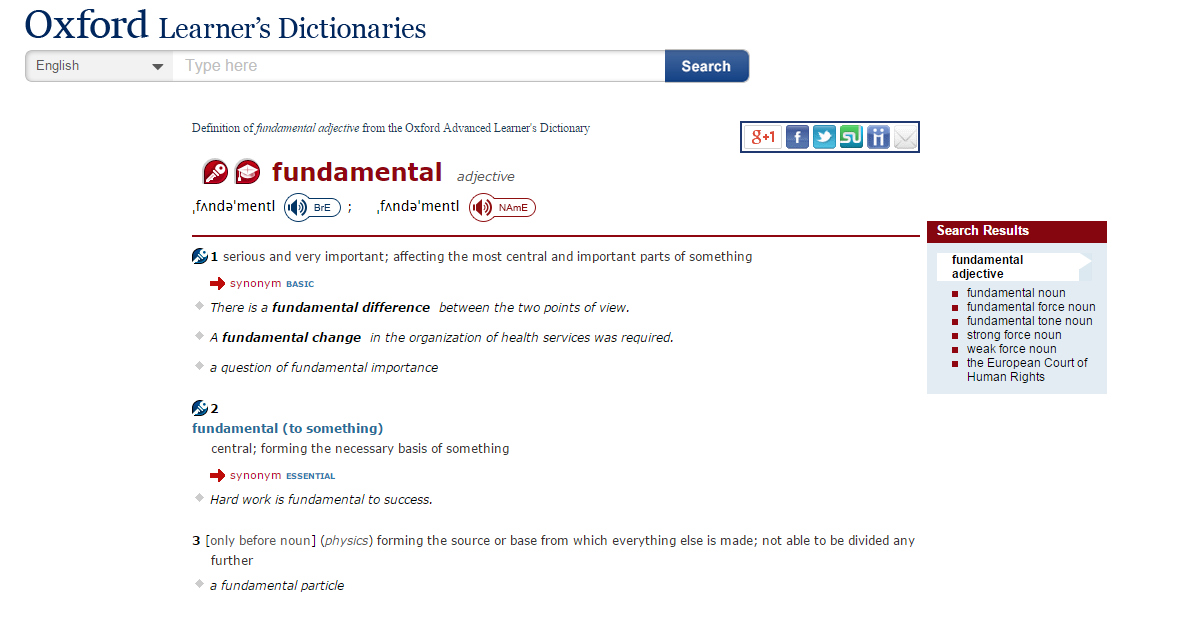 One thing they don't do (which Merriam Webster does) is include a clickable citation button for those students who like to start essays by saying Merriam Webster defines globalisation as.....

Apart from that, it is a really good, free resource.

With that in mind, here is a little lesson (taking a recent article from the Irish Times which will be of interest to students from outside Europe and living in Ireland) that involves some dictionary usage.

It is a really interesting article so I am kind of throwing it away as the only thing they do is dictionary related. My goal with the lesson was just to get students on to the dictionary website, play around with it, see the different elements and see what they make of it, but you could do more interesting stuff like vocab predictions, discussions, debates.....

Also, the article isn't the most EAPy but I think getting students onto the monolingual dictionary is; and one of the questions in the lesson relates to the Academic Word List which is no bad thing to mention to students.

A nice companion for this website might be the British Council Word Book App that students can download to their phones and use as a kind of a personal vocab builder (you can put in definitions, examples, pictures, recordings - very cool and recommended by Gavin Dudeney at the recent Digital ELT Ireland conference)